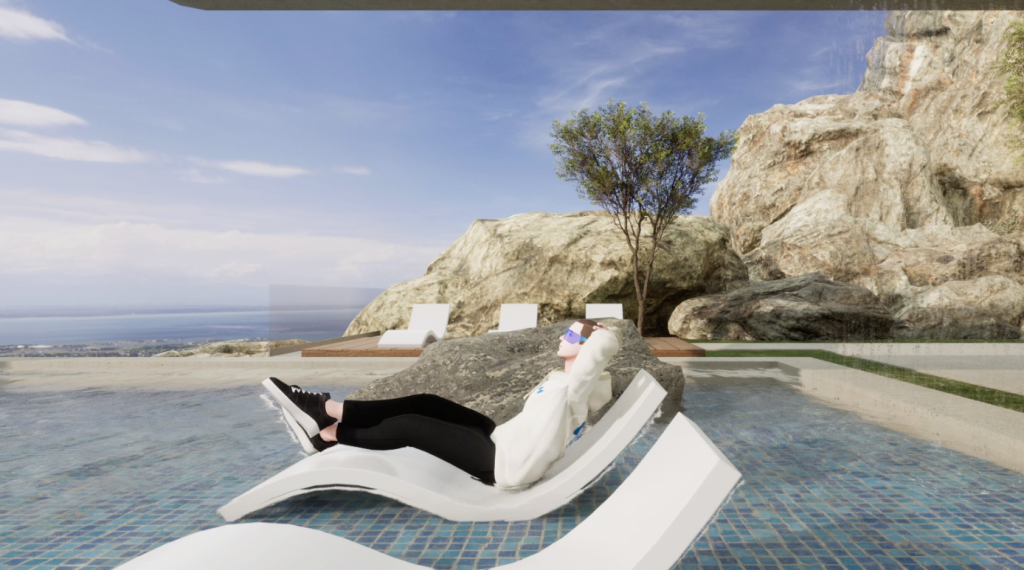 How do we build the foundations of a truly shared digital world?

When was the last time you went to the library? What about a public park? Are these spaces a regular aspect of our lives, or relics of the past?

In recent years, the latter might feel more true. More and more, our discussions and interactions take place in the digital world, not the physical one.

The COVID era reminded all of us how important real, shared, public spaces are for our mental health and well-being. Missing a pick-up basketball game five years ago might have just been a slip-up, but missing an entire year of such a communal interaction does a lot more damage.

As humans, we crave interaction. Unfortunately, authentic interactions are more difficult to achieve in a culture of digital noise, anger, and division. The metaverse does not need to fall into the same traps that befell Web2 social media.

What Makes a Public Space?

There is a direct line to be traced between famed urban theorists such as Jane Jacobs, whose work spoke to the need for vibrant and interconnected public spaces, and the author and entrepreneur Eli Pariser, who now leads the foundation New_Public. While Jacobs spoke of New York City in her magnum opus The Death and Life of Great American Cities, Pariser and his cohort at New_Public adapt that focus to examine digital spaces.

This is social infrastructure, and it’s just as important online as it is offline. The problem is that many Web2 social networks never defined or properly understood this. Social media is more powerful and amplified when its full of anger, fear, and division. In an article with NPR, Pariser makes the important point that “the owner[s] get paid more the louder the noise is.”

Without clear rules for our digital society, healthy norms for interaction will never develop, and spaces that are truly welcoming cannot be fostered.

What We Lose in Isolation

These issues may not seem as troubling as others in our chaotic times, but it would be a mistake to underestimate the influence a lack of social infrastructure will have on our collective future.

In the wake of the pandemic, Gen Z and Millennials reported higher feelings of loneliness than their elders, with “one in two Gen Z (54%) and Millennials (51%) reported that they regularly feel lonely.” In the same piece from Refinery29, the psychologist Nancy Sokarno also notes, disturbingly, that “reemergence into public life may only exacerbate the problem.”

How could the end of social isolation worsen it? That should be a clarion call that there is something deeply wrong with the fabric stitching us together. As more of our lives migrate online, and threats like COVID make public space a more scarce resource, the youngest generations lose out on the benefits older ones took for granted.

The public library is a prime example. Even before COVID, attendance at libraries was done and their cultural relevancy seemed at risk. How many Gen Z kids ever went to the library before college–and even then, before college went fully online for two years? There’s not even an opportunity to discover viable, shared spaces, because the most relevant shared space right now is TikTok.

This isn’t to throw shade at TikTok, for despite its many risks and downsides, creativity abounds there. However, it simply does not replace meeting with another creator in a physical, less alienated place. As The New York Times reports, “while it might seem counterintuitive for a generation used to bonding with friends via texts, TikTok, Snapchat and Instagram, more than a quarter of those students said they did not feel connected to teachers, classmates or their school community.”

With each passing year, more people become lost in a disconnected, exploitative digital web, with only rising anxiety and depression in return.

The Commons of the Metaverse

Eli Pariser’s New_Public has created a manifesto in response, drafting ten core beliefs toward creating a better online world. Inspired by urban designers, they want to adapt the way we think about virtual commons.

From mending the “reckless design of our current, privately-owned digital spaces” to “finding common cause with other organizations and forging unlikely alliances,” all the while preserving the creative friction that leads to “serendipitous, incidental and generative human interactions,” there’s no better time to start…

And there’s no better place to start than the metaverse. In metaverse spaces, we have finally arrived at the point where reality and the virtual meet. The most exciting element of this digital revolution, and the goal that trooVRS wants to support, is the communal possibility inherent in this moment.
We do not send up this signal flare as a fear mongering tactic, or a cry that the sky is falling. These are problems that are solvable and solutions that we now have the chance to develop and enact. In this series of articles, trooVRS explores the early communal efforts of Web3 that are taking place right at this moment, and the possibilities of the Theta Network blockchain on which trooVRS will be built.

Posted in Content and tagged community, mens editorial, web3
← The Creative Potential of Web3 CommunitiestrooVRS and the Communities of Theta →