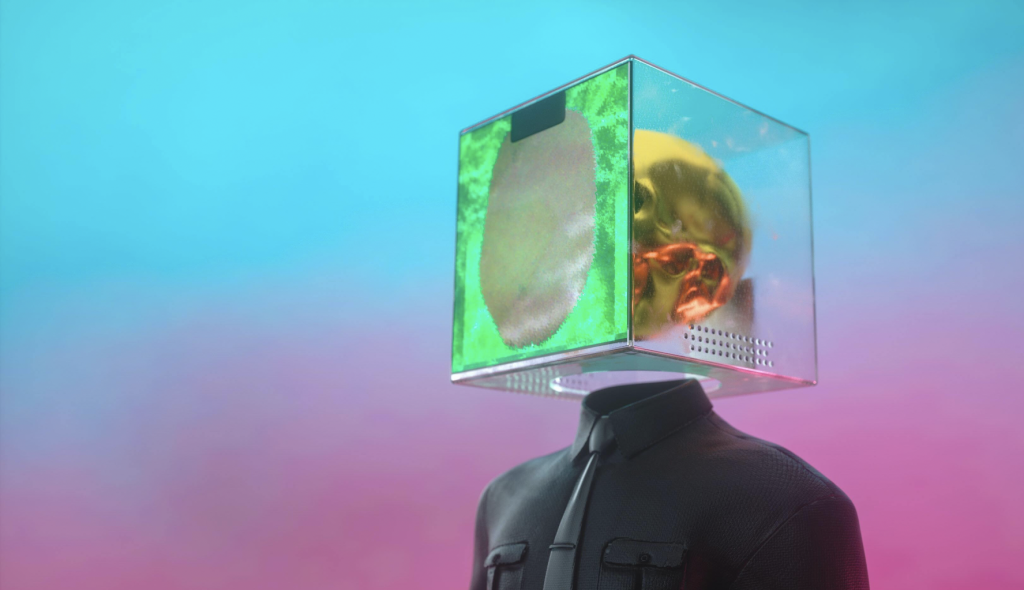 Who is building on the digital frontier, and why?

The metaverse is not an easy concept to define. Ask someone at a venture fund, and they may tell you one thing, while technology bloggers detail something entirely different. Gen X may dream of Ready Player One, while Gen Z lives a version of it inside Fortnite. Is it one place, many, or no place at all?

Good question. While there’s no one-size-fits-all answer, one way to conceptualize it is as such: the metaverse is the infinite possibility inherent in the digital dimension. Does that sound like a copout? Okay, then let’s get specific.

What Makes the Metaverse?

As we venture further beyond the digital frontier, the line between the real and virtual begins to thin. People who speak different languages create Duets together on TikTok. Massive companies and wannabe moguls alike purchase digital land on metaverse platforms like Decentraland and The Sandbox. There’s virtual reality goggles that can place you directly into another world, and augmented reality apps that integrate other worlds on top of our own.

So far, it seems like the metaverse will not just be one alternate digital space, but many different avenues for creativity, expression…and profit. Some worry it could be a retreat from reality, just when the world needs our active engagement most. Like all new spheres of economic activity, this is certainly a concern to keep in mind. However, just as the metaverse itself will not be easy to pinpoint, neither will its effects.

If you step into this space, you’re probably going to hear the word ‘decentralized’ a lot. In an era of increasing anxiety over the oppressive power of both governments and rampant corporate greed, decentralization takes on a utopic sheen:

Imagine a world where creators profit and everyday people can build lasting wealth. A world where monopolistic interests don’t harvest our data, and our identities are no longer under threat of being co-opted or stolen. A world where you can forge your own destiny as a digital nomad freed from the constraints of the powers-that-be.

This hypothetical world also has the ring of metaverse, doesn’t it? Decentralization is at the heart of what is now being called web3. With cryptocurrency movements and NFT projects fueling the web3 fire, it’s becoming evident that the metaverse will most likely be the venue where a lot of this plays out. The building blocks are in place - and not just in Roblox. So who are the builders?

Who Makes the Metaverse?

The pitches for the metaverse come from all across the board. Inspired by their sci-fi author icons like William Gibson and Neal Stephenson, the executives of major corporations like Microsoft and Meta (formerly Facebook) envision virtual worlds where millions of people will coexist together in cyberspace. These takes on the metaverse present it as the next evolutionary step in social media.

Now no one really wants to go back to the days of Facebook, but what if in the new Facebook you could look like a character from your favorite film series, or an even weirder avatar of your own invention? What if instead of just posting pictures you could leap into a fully detailed universe, exploring the stars or perusing a modern-day Library of Alexandria built inside a Minecraft server?

This is why video games like Roblox and Fortnite are arguably the most advanced metaverse worlds developed so far. As the Business of Apps points out in their analysis, Fortnite alone made $5.8 billion in 2021, even with its mobile game banned from the Apple App Store. Multiplayer interactive media (sometimes referred to as MMOs or Massively Online Multiplayer games) have been a dominant force in entertainment since World of Warcraft. Yet now it’s not just about the games themselves, but the infrastructure they’ve created.

The metaverse is all about platforms, engaging virtual interfaces that users can easily hop into and explore. While gaming does not have to be - and will not be - the primary activity in the metaverse, game companies like Fortnite developer Epic Games have a leg up on other metaverse companies because their game worlds are strong foundations for further growth.

Fortnite and other similar game worlds have already hosted concerts, movie premieres, and long-form narrative storytelling. The video game worlds we see Gen Z playing in today may very well be the Apple or Google ecosystems of tomorrow. The race to the metaverse is all about bringing together function and active engagement. In other words, it’s time to make utility and information more fun.

Where Is the Metaverse Going?

This is the on-going question that trooVRS intends to cover in this series, and on the trooVRS platform going forward. While gaming is an obvious category, there are many arenas being developed in the metaverse. From exciting, innovative gear and electronics, to virtual real estate and architecture, to restaurants and travel: the dawn of a new age is emerging and trooVRS intends to explore it all.

As trooVRS builds out its own virtual world, readers will be able to step inside incredible, immersive editorial experiences revolving around what we’re calling the 10 Verticals, including Ideas, Communities, Lifestyle, Money, Politics, Travel, and Tech.

In this series, though, it’s time to focus on the three Verticals that contain some of the most surprising and interesting metaverse developments: Style, Sustainability, and Self-Care. From the luxury to the life-saving, this series will expand your mind and offer an inviting hand to step into the metaverse and make it your own.

Posted in Content, Wellness and tagged mens editorial, metaverse
← The Sustainability of New Worlds in The MetaverseThe New Faces of Digital Fashion in the Metaverse →