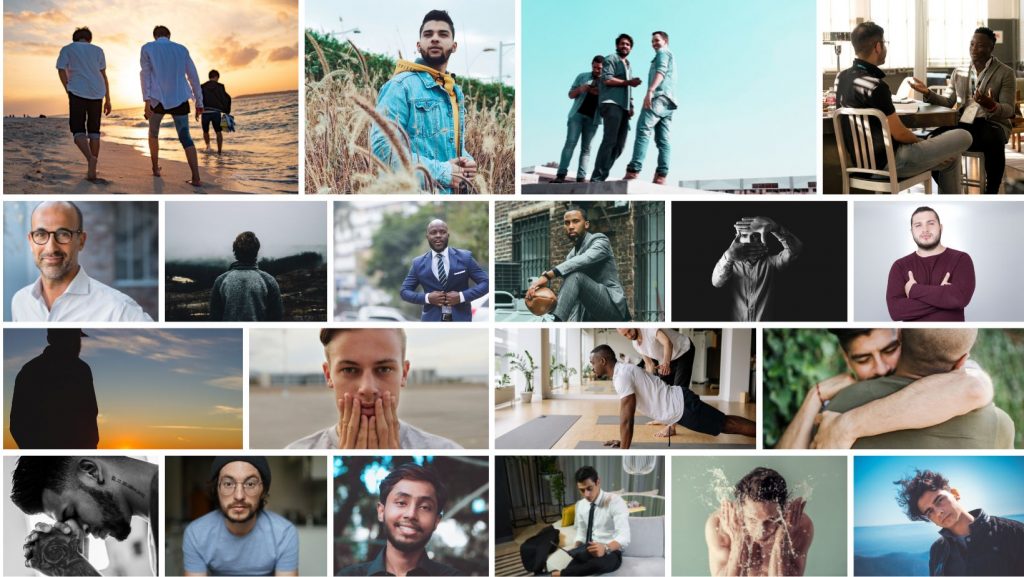 What does it even mean to be a modern man today, anyway?

Modern, by definition, implies that you’re “of, relating to, or characteristic of the present or the immediate past,” but how does that apply to the kind of person you are? It’s easy to understand how someone could have a modern sense of style, or a building could have modern architecture, or a cuisine could be modern in execution. But it’s a more complicated concept when we’re talking about one’s life and personality. The modern ideas of masculinity and what it means to be a man today are changing, especially among younger generations.

Today men are waking up to the reality that power is not necessarily for everyone, being tough may not be the goal for some, and sweeping emotions under the rug is not the best approach when solving personal problems. Welcome to being a modern man in 2022.

For any man who’s finding himself prioritizing a very different set of goals and traits than his father or grandfather or generations of men that came before him, you’re not alone.

A 2020 survey commissioned by Wilkinson Sword found that according to the 2,000 men surveyed, the markers of a modern man are far from the stereotypes of past generations. Modern men would rather be seen as caring (52 per cent), ethical (25 per cent) and open (36 per cent). The study also found that 51 percent of participants believe that men today are more passionate about sustainable lifestyles than in the past.

So, what does this all mean? It means that times have changed. Expectations of what it means to be a man have changed. We, as a society, have changed. It’s time to realize that modern man changes too. Here’s what we know about the modern man in 2022.

The modern man doesn’t care about being perceived as tough, he’d rather be seen as caring, giving, compassionate and having good values. The modern man is empathetic and considers the feelings and needs of others. Modern men also care about the environment and sustainability as a sign they are more focused on a better future for others. According to Jochen Schmitz from Wilkinson Sword, “It’s clear from the study that men’s traits and passions have changed greatly over the years. It’s good to see how confident men are in themselves and the things they care about, rather than how they conform to outdated stereotypes.”

Strength Comes in Many Forms.

Putting on a “brave face” is what our fathers and their fathers felt the need to do. Not today’s modern man. Today it is understood and accepted that strength comes in many forms. Strength isn’t just being tough when you get hurt or acting invincible when faced with something dangerous – it’s being strong enough to admit when you’re suffering. Being tough enough to open up to others and admit when you need support. It’s being firm in your convictions and yourself. Strength means so much more than it used to, and the modern man is embracing its many forms.

Focusing on Mental Health is Essential.

According to Jon Patrick Hatcher, M.A., author of Anxiety Hacks for An Uncertain World, traditionally men were perceived as being the stronger sex and it was unacceptable to show weakness or signs of mental and emotional struggles. Because of these perceptions, “the standards of masculinity literally [made] us sick,” he explains. But modern standards and expectations are changing this – now men are beginning to understand that mental illness “can happen to anyone, at any age or gender. And it’s not “all in your head”; mental illness is a medical problem that can wreak havoc 24/7 like any ailment affecting any other organ.” Celebrities and public figures are speaking out to raise awareness and put a (manly and inspirational) face to mental health battles.

In a roundtable interview with Men’s Health, NBA Miami Heat superstar Jimmy Butler talked openly about the need to talk about mental health as a modern man. “If your mind’s not right, I don’t think too many other things can go right for you. In my line of work, everybody expects men to be superhuman. They don’t hurt; they feel nothing. It’s like you just push through whatever it is. And that’s just not what we are. We’re human beings. We’re normal people just like everybody else,” he said.

Be Comfortable with Your Struggles as Much as Your Strengths.

Speaking of mental health, dealing with struggles in silence never works. Conversation is crucial. Even the most successful athletes agree you must be comfortable and open in your struggles. “Everything’s not all good and everything’s not all bad. We talk about everything. It’s an open door around here…so that’s what keeps me on this path of everything is going to be okay. The people I’m around every single day, they just want to make sure that I’m okay,” said Butler.

Bottom line: younger generations of men are changing. They are adapting to the times and growing more than ever before; being a modern man means being true to yourself and your feelings. Modern men pull their weight at home. Modern men are focused on accepting others as much as they want self-acceptance. They’re self-aware, health-minded, and open to self-care and wellness habits that weren’t always considered masculine (we’re looking at you, personal grooming, mindfulness, journaling…) In today’s world, traditional stereotypes are constantly evolving, and so is what defines a modern man.

View all posts by trooVRS Team →